Where it All Began... 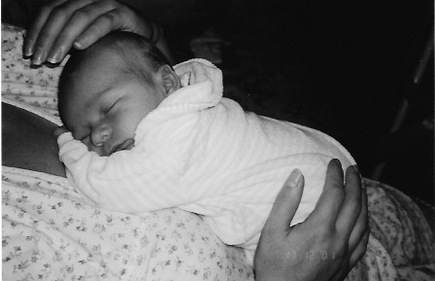 Sixteen years ago, I fell in love with a little boy...an eight pound, one ounce, beautiful baby boy. My husband and I decided to give him a strong “label”- Jack. I never imagined how much work labor was until I went through it. It was difficult, wonderful, intense, emotional, painful, joyful and amazing. The same goes for being a Mom. He became my instant partner, my breath and heart. Nothing that little had ever caused such big emotions in my life...then along came Jack. It’s funny really, how your child could make all of your fears disappear and at the same time make you feel so scared. That’s love I guess. That’s how I feel about Jack.

He stole my heart like a little thief. I often ask myself what I had ever done in my life to deserve such a spectacular gift. I may never know, but I thank the moon and I thank the stars. My son is a wonder. He fascinates me.

When Jack was fifteen months old, he wasn’t speaking at all. He smiled, laughed and cooed...but he wasn’t talking. Jack wasn’t pointing either...something I learned later on, was an important developmental milestone. Other Moms in playgroups would often say, “How many words does YOUR son say? MY son won’t stop talking!” I told them that Jack was just taking his time.

At eighteen months old, there were still no words. I decided to have Jack evaluated through the New York State Early Intervention Program. Results revealed a significant delay in both receptive and expressive language. Jack was “labeled” speech delayed, and he began getting speech therapy and special instruction through EI (early intervention). This is when my research began...and the more I learned, the more I worried for Jack.

I began noticing some aversions that Jack had to certain textures. He didn’t like to touch play dough, walk on the beach or get his hands dirty. He had a very limited food repertoire consisting of five different foods with NO variations. He seemed “clumsy”, often bumping into things with very little spatial awareness. He would cry if people clapped or laughed too loud. He seemed a little “disorganized”. I began reading about “Sensory Integration Dysfunction” and had Jack evaluated by a highly respected pediatric occupational therapy center. Here is where Jack was given his next “label”... Sensory Processing Disorder. So my little man began occupational therapy two times per week at a sensory gym. (For more information on Sensory Integration Dysfunction/Sensory Processing Disorder, I highly recommend a book titled, The Out-Of-Sync Child, written by Carol Kranowitz).

Ten days after Jack turned two, he said the word “cat”. I looked at the television and there it was...a cat. A big, black cat. It was the most amazing word I had ever heard. Thirteen days later he said “uppy” and reached his arms out to me. I had never felt so proud, relieved and excited in my life. His voice was fabulous. It was soft and small and it made my heart beat uncontrollably.

By twenty eight months old, Jack had fifteen words. A huge accomplishment in my book, but still well below where “they” said he should be. So my husband David and I took him to a developmental pediatrician in New York City for his next evaluation. I wanted to see if there was something more we could do to help Jack. It was a tiny room with a small table and chairs, and lots of toys. I felt like I couldn’t catch my breath, but Jack didn’t seem to mind one bit. He explored the room, moving from one activity to the next. I fell in love with him all over again just watching his unsuspecting smile.

“Autism”. That’s what the pediatrician told us. “Your son has Autism”.

The little chair that I was sitting in suddenly felt huge and I felt like I was sinking deeper and deeper into it. I knew a little bit about Autism from all of my research, but it suddenly felt like a foreign term, a language that I didn’t understand. The doctor started to talk about the criteria for getting an Autism diagnosis, what my options were in terms of therapy, etc...But it was at this point that the doctors words became muffled to me. I began to hear not her words, but my son babbling in the background. I watched as Jack came running to my husband with a broken toy and I saw the look of relief on his face when his daddy fixed it. He was humming and smiling and preoccupied with the spinning wheels on the once broken Tonka Truck.

It was at that moment that I didn’t feel so small anymore. I sat up straight and I took a deep breath...My husband squeezed my hand and we made eye contact with the doctor. “Tell us what we need to do”.

The three of us stood on the sidewalk with the noise of the busy city silent around us. David looked at me and said, “Alonna, I feel like the luckiest man in the world. Look at our beautiful, happy, healthy boy”. “He is here...with us...smiling. He is going to be okay...we will make sure of that.”

I stood there for a moment, blinded by my tears, and then I looked at my son. I got down on my knees and I looked him right in the eyes. And in his eyes, I saw love and kindness and hope...and then Jack started to laugh. I started to laugh with him as I held him in my arms like a blanket on a stormy night. I DIDN’T WANT TO EVER LET HIM GO. When we got into the car and started to head home, it was very quiet. We were thinking, I guess, about everything we had just heard. I was thinking about the road my son was about to travel. And just as the silence started to get unbearably loud, Jack pointed out the car window and said “city”.

He is an amazing drummer and plays in the High School band. He made it to green belt in karate, and has a studio at home where he uses his gift of video editing and music to produce funny and amazing clips to share with his family and friends. He loves to travel and spend time with the people that love him...and he has a laugh that is so deep, and a smile so kind that he touches your heart each time he looks at you.

Yes, my son has Autism. But that is not his label. He is Jack.  Just Jack.

Twelve years ago, Jack took on the role of “Big Brother” when we were blessed, once again, with another little boy named Carter. They have a bond that is so unique to them, as they navigate through this world together...a world they see quite differently. They have found a way to create a beautiful new world in which they learn about each other, laugh, cry, and create memories that will last forever.  Carter doesn't see Autism when he looks at his big brother...he just sees Jack.

A few years ago, I was driving my boys home. It had been a long day...school, therapy, doctor’s appointment... There was a lot of traffic, it was getting late and I was very tired. All I could think about was getting home. It was quiet in the car and the boys were watching Disney's "Meet The Robinsons". Just as I was starting to feel like I couldn’t sit in the car for one more second, the song “Little Wonders” came across the speakers...it’s a song from the movie about appreciating and holding onto the people in your life, the little moments...the “small hours”. It brought a smile to my face...and just as the song was about to end, I heard a little voice in the back of the car... “Excuse me? Excuse me, Mama?” It was Jack, speaking so softly in his seat. “Yeah baby?” I said to him, as I glanced back through the rearview mirror...

“This song makes me think of you and me”, he said, as he gave me a wink and a smile.

And so our journey continues... ~Alonna Rubin